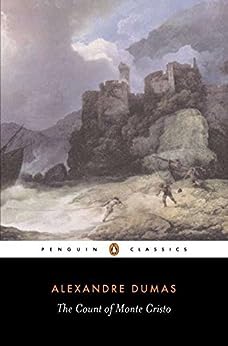 The Count of Monte Cristo

Ask HN: Which books do you wish you'd read earlier in life?

ageitgey: It was published as a serial and was kind of like the Breaking Bad or Game of Thrones of 1850s Paris that everyone was talking about at the time. It's fun to read for both the revenge story itself and for the implicit look into the history of the French Revolution and what the life of a (dramatized) high roller was like back then.

Ask HN: Best books you read in the past decade?

pmoriarty: There's a user on HN who learned French just so he could read it in the original, and I can see why. If you read it, make sure to read the unabridged edition, and not any of the many abridged editions, which are often targeted at children and are a travesty to the mature themes in the original.

jfc: The Count of Monte Cristo is a true masterpiece. I have the unabridged version and have recommended it to others many times. Dumas has profound insight into human nature--the characters are beautifully drawn (even the villains) and with such realistic contours that they seem like actual people. A brilliant read.

palerdot: This is one breathtaking epic. I have been putting off reading this novel for quite some time and occasionally see this name popping up in HN too, but never gave a serious thought for giving it a go. Was I wrong! This is an epic in its true sense, and you will feel a sense of amazement as you progress through the novel. ...